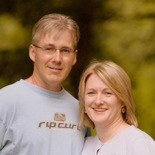 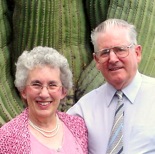 Viewfield Farm is home to the Taylor families of David and Lisa, Will and Heather, and Joseph and Jeanette. Their dairy farm is situated in the picturesque Comox Valley on the central east coast of Vancouver Island. Their top priorities include: breeding Holsteins that have excellent production and conformation and promoting good farm practices through Dairy Farmers of Canada’s proAction program. The proAction program demonstrates high standards in the areas of food safety, milk quality, animal care, traceability, bio-security and the environment.

In 2008, David and Lisa represented their farm in competition in BC, and then nationally in Calgary, where they were awarded the Canadian Outstanding Young Farmers Award for 2008. Their presentation concluded this way: “Through all its challenges, farming is still a great joy to us! We are passionately committed to the continuation of the family farm in Canada, and we will continue to aim for the highest standards of excellence. We have never regretted our decision to return to the farm, and we look forward to what the future in farming brings.”

The Taylor's have been dairy farming since Joe’s father bought his first farm in 1946 in Saanichton just outside of Victoria, BC. They moved to Courtenay in 1995, when all three families came together to purchase their current farm on 280 acres of partly forested land, bordered on two sides by the Puntledge River. They milk 140 cows and have a total inventory of over 300 registered Holsteins.

The Taylor's are involved in the industry on many agricultural boards and as 4-H club parents. Leadership in the industry has been a very important focus for this family. Currently Dave is Chair of the BC Dairy Association which has given him opportunities to serve on many provincial and national committees and he looks forward to continued involvement until such time as the next generation takes on these important leadership roles. The Taylors efforts to promote sustainability, both in agriculture and in everyday life, include many outreach initiatives ranging from offering farm tours to providing community groups access to a pastoral campsite on their property.